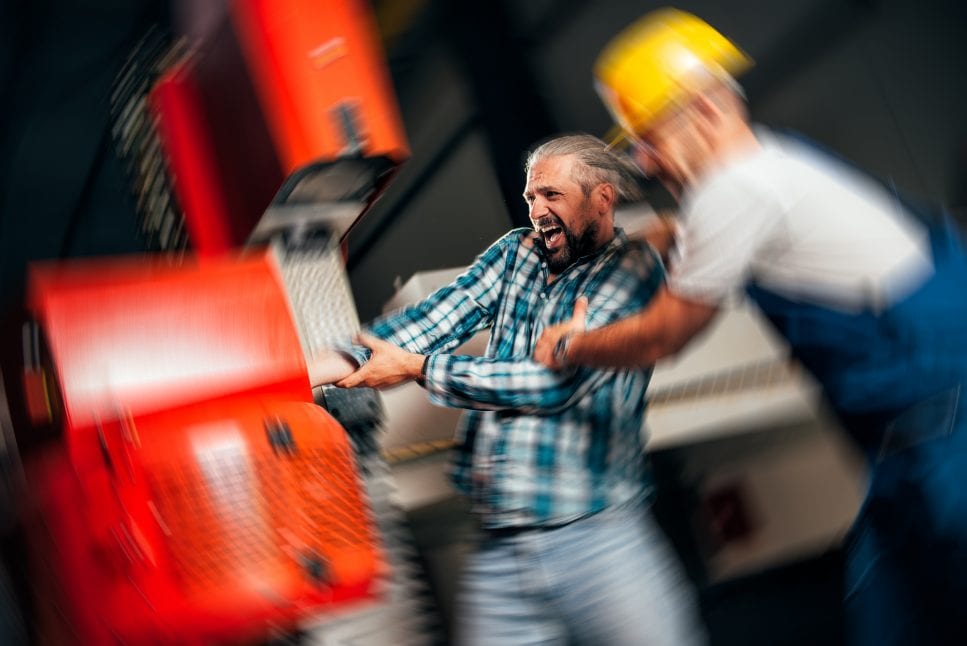 A company from Manchester has been prosecuted after a worker was injured when trying to clear a blockage from a baler at the company’s premises. The worker was trying to move some blocked plastic from the hopper of the machine. The baler was still switched on, and after taking the guard off the worker reached into the machine. The ram moved and trapped his hand, crushing it in the process. As a result of this, two of his fingers were amputated. Wrapp Recycling Ltd was fined £13,000 and ordered to pay costs of just over £5,951.

Read on to find out more about this prosecution, and to read some of our top tips on making sure that blockages are cleared safely when workers are operating your machinery.

The Health and Safety Executive (HSE) investigated the incident, and found that blockages happened frequently on the machine, and that the company had put a removable guard in place for this reason. It was established that blockages were often cleared by hand with the machine running, and that workers had not been told of the dangers of clearing items in the hopper when the power was on.

5 tips to help ensure blockages within machinery are cleared safely:

If the correct procedures had been in place the above accident could easily have been prevented. Take the time today to check that your workers know how to safely clear blockages that occur with your machines, and that they have a safe system of work to follow.

Any cookies that may not be particularly necessary for the website to function and is used specifically to collect user personal data via analytics, ads, other embedded contents are termed as non-necessary cookies. It is mandatory to procure user consent prior to running these cookies on your website.

Undefined cookies are those that are being analyzed and have not been classified into a category as yet.

Analytical cookies are used to understand how visitors interact with the website. These cookies help provide information on metrics the number of visitors, bounce rate, traffic source, etc.

Advertisement cookies are used to provide visitors with relevant ads and marketing campaigns. These cookies track visitors across websites and collect information to provide customized ads.